Can Gender and Queer Studies Be Considered Innovative Research in the Architectural and Planning Fields in Italy?

We are not an official research group: we gathered because of a necessity.

Our researches deal with pretty different topics: Martina’s master thesis investigates how the debate on gender influenced the architectural discussion since the ‘90s. Giulia is working on the gender coexistence in the European town. Serena is studying sex workers’ geographies and their consequences on the public space.

The three of us stepped into gender and queer issues, and their astonishing absence from the dominant discourse in the architectural and urban planning disciplines in Italy.

The trend in the architectural and planning fields is to underestimate the importance of gender and queer studies. Regarding Italian feminist movements, despite the weight and resonance achieved in many areas of the last 40 years culture, they had an influence on the architectural scope that reflected the characteristics of the movement itself: informality and an archipelago-structure based on personal relationships.

Nonetheless, these movements made an important contribution to the architectural and urban planning disciplines, notably they called into question the urban planning practice by outlining the importance of the individual and his daily life, with a particular attention to care activities.

1. Map of the major feminist groups who worked on architectural and planning issues (by Martina Silvi)

The political activity of feminist movement actually encouraged, in the late 60s, the institutionalization of the standards for community equipments and greenery, which are the basis of the current italian urban planning regulation.

Since the 90s, through the work of some feminist planners, a new tool is introduced in urban planning: the “Piano dei tempi e degli orari”, which recommends the time scheduling as a practice of conciliation between job and care activities.

Despite the important contribution described above, the role of the feminist movement in Italy in the discourse is not recognized and, more generally, the feminist, gender or queer lenses have not yet been integrated either in the academic discourse or in the institutional and professional fields of architecture and urban planning. This difficulty, related both to a series of particular noncompliance from the institutional, academic and professional environment and to a historic will of distance of the movement itself from the mainstream discourse, has triggered a certain originality of the national discussion and a strong informal characterization of the debate.

Autonomous movements outside the academic and institutional settings are nowadays, as it was the italian feminist movement in the 70s, the breeding ground for the production of knowledge. In this context, beyond the gender binarism and the essentialism that characterized the historic Italian feminist movement, the political focus regarding space shifts to bodies and sexualities. 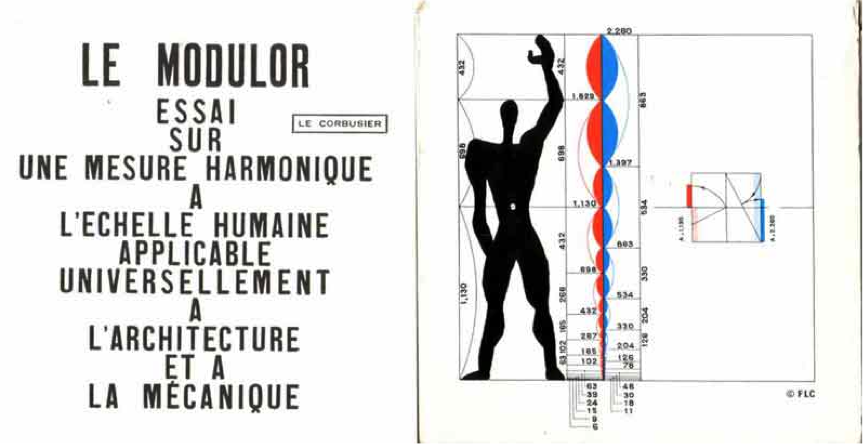 3. The modulor, by Le Corbusier

These genealogies put us in the frame of a structural critique about how the design and the conception of the city has been carried on until now: under the statement of a “universal user” which is, de facto, a white, bourgeois, heterosexual man.

Despite this remarkable absence and/or invisibility, we perceive the importance of these studies in the field of our disciplines, on a deeper level.

Many recent geographical and feminist academic works have tried to focus on the complex relationships between sexuality, society and space. These studies pointed out how urban space is politically active in the (re)production of sexualities and behaviours. Space is recognized not to be just simple background to our sexualities, but actively and passively binding.

But urban space can also be considered as an infrastructure which links various possibilities of lives and merges them together: space is also an endless stage where to perform corporal practices able to subvert its present patriarchal and heteronormative order and its related governance and policies, through the forms of claim, appropriation, regeneration, pluralisation, transgression.

Queer theory, challenging the socially constructed categories of sexual identity, identifying queer behaviours and practices as expressions of denial, subversion and re-invention of these categories, uncovering histories that were never told, can maybe lead us in a different analysis of our disciplines.

As architects and planners, we look at the space with a projective vision: we are trained to think how may a space be ordered, defining it by design, which is, often, the establishment of rules. This leads us to the main questions:

Can space be a mean to trigger subversion, or be produced by it?

5. Frames from Urban Drag: documentation video of the cross-dressing performance

Gender and queer studies may have a key role in the critique of some epistemological assumptions of our disciplines, triggering a reflection on how to perceive, conceive and design non-normative spaces.

We choose to experiment the lenses of gender and queer studies in our personal researches, comparing ourselves with a strong academic isolation.

If we should give a philosophical references to our work, we would inscribe ourselves inside the path of deconstruction of Knowledge (in its official, white and occidental allure), of decolonisation of all others knowledges. Therefore, we have tried to study a field which our academic environment doesn’t even know, recognize, or admit.

While we have the impression that in other contexts these studies are almost part of the alleged “legitimized knowledges”, inevitably expressing new academical hierarchies, the choice to focus on this field, in our context, is in fact itself still a form of subversion.

Consequently we think that, this subversion should be expressed under the form of methodology. In the trial of finding new ways to build collective knowledges, we choose to start what it can be called both a common research and a self-learning project. We’re working on the creation of an international network made of young researchers in the spatial fields (architecture, planning and geography) coming from both the academic and professional contexts, which is to us the fundamental method to produce, exchange and enhance knowledges. 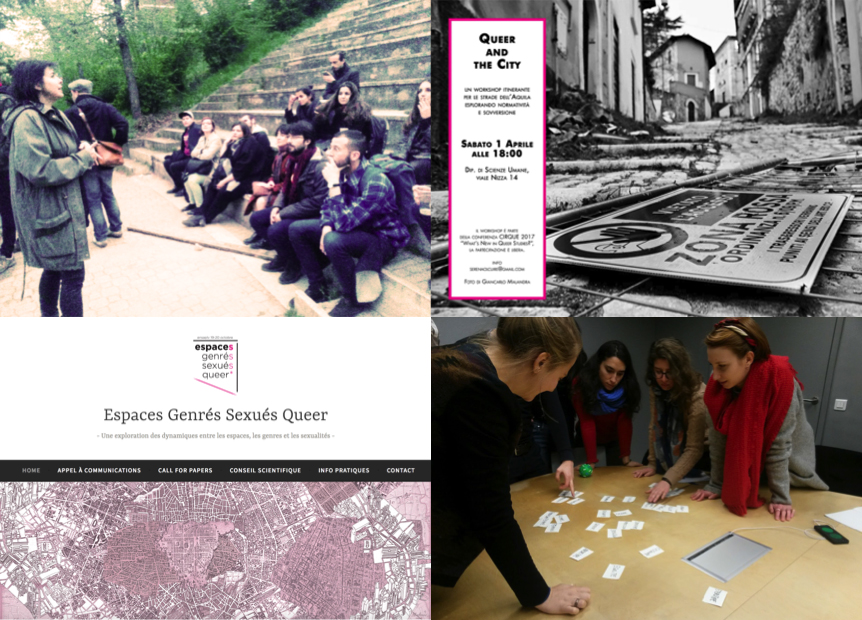 6. Some of the collective actions carried on during last year

On a local base, we carry on more than one path of informal, self-training sessions, where we try to flank our political growth with the constant confrontation with other collectivities. This way, we are trying to withdraw from the traditional forms of top-down education we were trained in our architectural schools.

At the same time we are working on seminars and conferences to slowly let these approaches into our departments: we strongly feel the need to trigger the construction of a fertile arena of debate and confrontation also on a local academical base.

Last but not least, we have noticed the lack of coordination among the different sources of information. We therefore decided to produce a state of the art which could group and critically rearrange the contributions that feminists, gender and queer studies gave to our disciplines at this moment (or, at least, part of them).

These actions aim to develop a common methodology based on the (re)discovery of knowledges, their sharing and a path of collective growth. We hope that this, and more in general the approach of gender and queer studies may express their potentialities in the fields of architecture and urban planning.